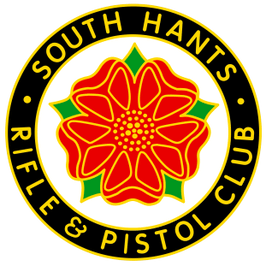 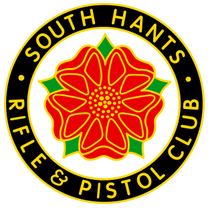 Providing members the opportunity to experience local & national competitive shooting at all levels.

Here at South Hants our dedicated team of coaches will train and support you every step of the way, helping you reach your full potential to be part of the Olympic sport of precision target shooting.

These pages provide you with news on our events, competition results and our continuing project to archive the history of the team which was established in 1907.

The shooting team was launched back in 1907 under the name of the Portsmouth City Rifle & Pistol Club. Its purpose was to encourage skills in rifle shooting by providing instruction and practice in the use of smallbore rifle shooting to her majesty’s subjects so they would be better fitted to serve the country in the armed and auxiliary forces. This marked their entry and success into the competitive shooting sports organized by many organisations including the National Smallbore Rifle Association and related sport shooting groups.

After the loss of the Portsmouth City range and clubhouse the team were welcomed and later merged with South Hants allowing the continued support to provide promote, organise and develop target shooting to all members of the community and continue to strive in its shooting. The team and club continue to actively compete in all competitions including various leagues, postal competitions and open meetings, which include the British shooting championships at Bisley.  The shooting team competes in various levels in local and national competitions and has also acted as a shooting sports ambassador at live fire demonstrations, dealer events, trade shows, and outdoor exhibitions.